There are only 4 and half months left of 2018. But there is still plenty of time to get out there and find adventure.

Alastair Humphreys has posted on his weekly newsletter a useful link from the website of UK Adventure Festivals & Events during 2018.

Plenty of inspiration to be found here 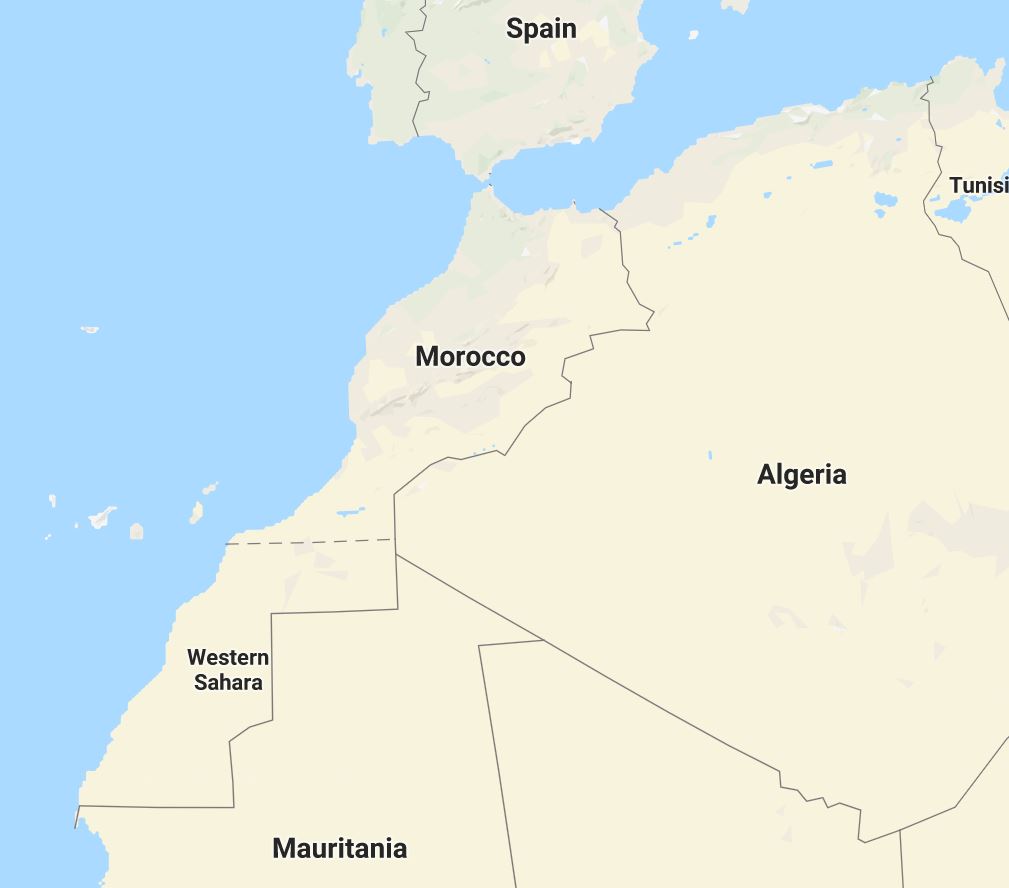 I’m cheating a little. This next Overland trip to Morocco will be my 4th in 7 years .

The decision for the 2018 trip was actually made on the last night of the 2017 trip and whilst we were reflecting on how fantastic it had been. So I guess you could ask “where is the decision process in that?”.

However, thinking back to my first trip to Morocco in 2012, I decided to throw myself into this adventure because I had seen and read so much about the pistes. I wanted a taste of it and I wanted to experience it with Landy.

Morocco is a place of extremes. Altitude, temperature, wealth and climate are to name a few. But the country is simply exciting, and each trip I gain an unrivalled sense of freedom there. It has everything to wet the appetite of adventure.

The north has plains and rolling hills with the fields and fruit farms. Further south you will find the peaks of the Atlas range, with the high mountain passes. Then to the south is the huge expanse of the Sahara desert, with the arid gravel and mountainous dunes. All bordered to the west with the spectacular Atlantic ocean.

Like every overlanding trip, “We” is an old friend of 35 years and myself. We have a lot of things in common, not least having a great love of Morocco and of the wanderlust that is overlanding. He, however, drives a Toyota Land Cruiser called Bruiser.

We always plan to drive a circuit to take in and experience all the landscapes that Morocco has to offer. The ever-changing vista is a constant thrill.

The only thing we avoid is the hustle and bustle of the major cities because we want to overland as much as possible. 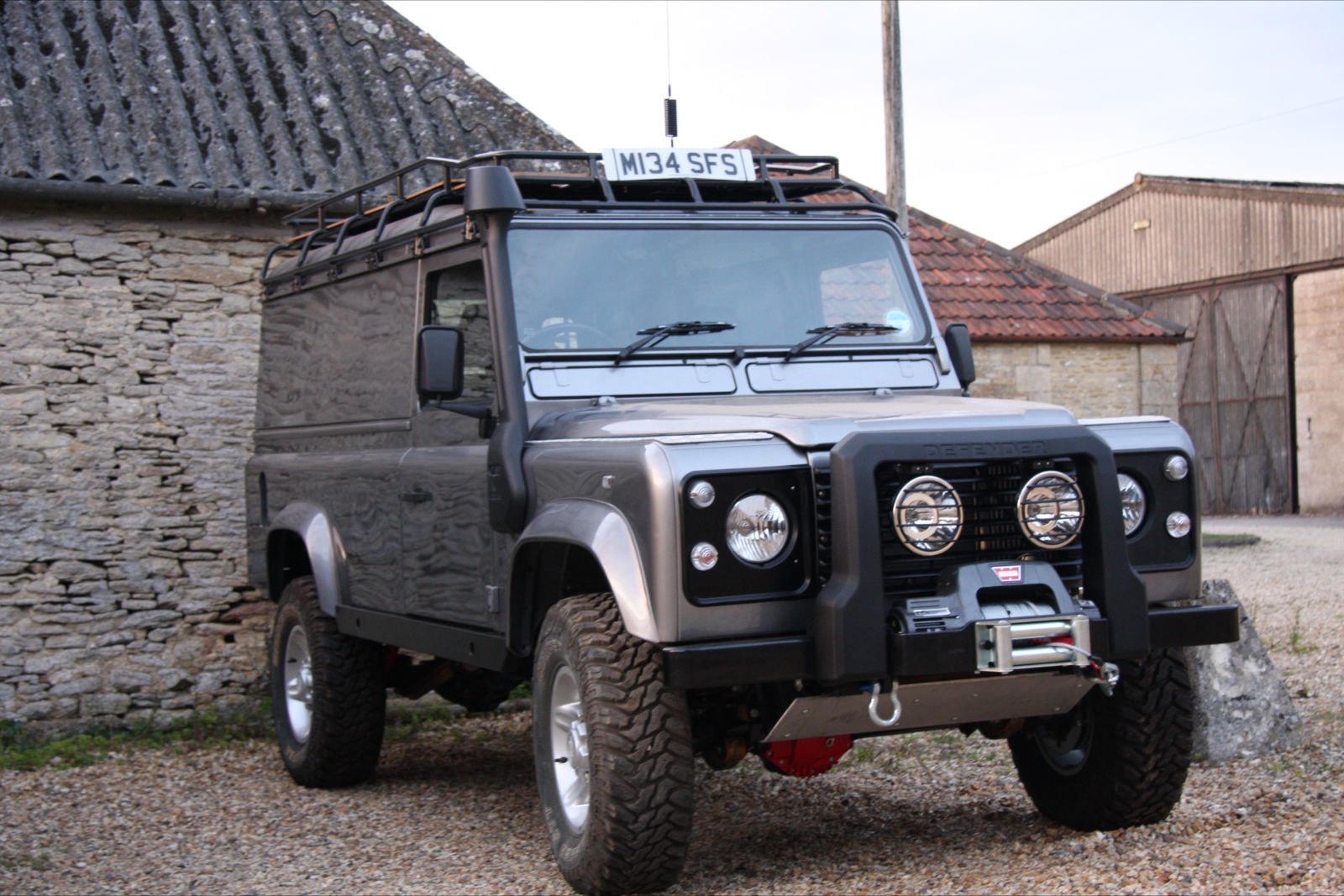 I bought Landy my Overlander in August 2004.

She was going to be my overlanding truck.

I wanted a defender.

I decided I wanted a hardtop and back then based on everything I had read, if I was going to take her on long and far afield journeys (to Africa for instance) then I needed one with little electronics.

Landy fitted the bill. She was a 300Tdi, hard top. We got the dealer to give her a respray and put on some alloy wheels, and I drove her home with a grin from ear to ear. I found out that the previous owner had been the forestry commission – she had spent the last 10 years in Mid Wales driving through the beautiful forests there.

For the next few years I played with adding modifications here and accessories there. My children loved riding in the back once I had added some seats from Exmoor Trim.

Many happy weekend trips happened in the following 4 years. We took her up to Scotland several times, as well as Wales and the West Country.

One fabulous trip up to Scotland was to attend a driving day organised by the Scottish Forestry Commission, where for a day they opened up some of the normally closed forest roads.

It was fabulous. Amazing views that no one normally sees, unless you are intent on hiking for a few weeks.

It was August 2008 and Landy was due her MOT. I was at the time quite relaxed. But the surprise of my life happened when she failed.

The Chassis had huge gaping holes in it. Unnoticed by me, not least due to all the black gunk that covered it. It had rotted from the inside out and it was full of leave mulch – I guess it should have been the expected consequence of buying an Ex Forestry Commission Land Rover.

Rebuild was the conclusion I came to.

After all, what would be better for overlanding than a truck that I had built myself. Knowing every nut and bolt will come in handy if anything happened in the bush? Won’t it!

It was almost 12 months before I actually started. I manged to borrow a friend’s barn. I borrowed a trailer and loaded her from the drive on

Then I started taking her a part. Once I’d taken the inside fittings out, things slowed down a lot. Pretty much every single external nut and bold was rusted solid. Angle grinder needed

Finally the disassembling was complete. For a time and during this rebuild process, Landy shared the barn with some sheep and newly born lambs. That was a noisy affair! Quite smelly too!

I developed a few principles for the rebuild. The principles aimed at future long levity.

Firstly wherever possible any steel bits prone to rust I would have galvanised. This is a process of adding a protective zinc coating to the underlying steel. This process included galvanising the new chassis from Marsland and I had the bulkhead repaired and galvanised with Ashtree Restoration

Secondly, most underneath bits, roof rack and bumpers would be black powder coated. The idea of this was to add rust protection too. This principle proved to be unwise but more about that in another post.

From then on it was a gradual process of putting everything back together. I just need to remember where everything went.

A year in to the rebuild and I had lost the use of the barn so I had to build the rolling Chassis outdoors.

Progress slowed as I was at the mercy of the weather and though it was summer, we had one of those typically wet and relatively cold summers. It was initially painstakingly slow.

Family events took over and the project came to a complete standstill over the Autumn and Winter 2010 . This I think was actually down to the universe being kind to me. Due to the delay, I found a barn that a local farmer was happy to let me borrow. So the next spring and after borrowing the trailer again, I moved Landy to her new temporary home.

It was then relatively plain sailing after that and by mid-summer 2011 she was complete.

When I say complete, I mean the build was complete. She passed the MOT and I was driving her on the road.

However, it was just the start… It was now the start of the journey to make Landy my ideal Overlander… A journey that is still in progress today.

We use cookies to ensure that we give you the best experience on our website. If you continue to use this site we will assume that you are happy with it.Ok